The New York Mets Remember The Events of Sept. 11, 2001 With a Pregame Ceremony

When the New York Mets decided to mark the 10th anniversary of the 9-11 attacks, with a ceremony before the scheduled evening game, they understood they were acknowledging a very sad day in American history. The obvious question - how could they ever hope to properly memorialize this darkest of days, the epitome of evil? That’s when the idea of handing out to everyone in attendance battery operated vigil candles came to them. As the extended video from major league baseball so clearly shows gifting thousands of ready to use hand-held battery candles was the perfect solution. 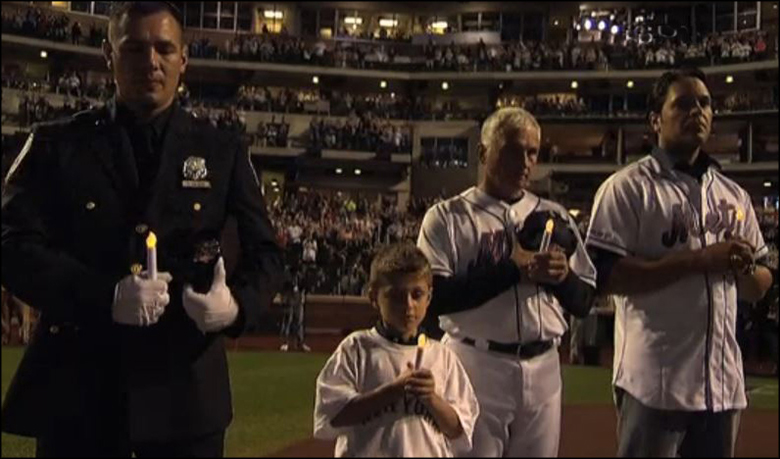 Here was how everyone attending could pay homage and tribute to the thousands who died and the thousands more who suffered on that ugliest of days. As these photos and the video makes clear there was many a child in attendance that night barely old enough to remember the shocks and tragedy of those 10 years since passed. For hundreds of years candles have drawn us together as one people to celebrate and memorialize events such as these. We were indeed honored when chosen to be a part of this very special and solemn evening. 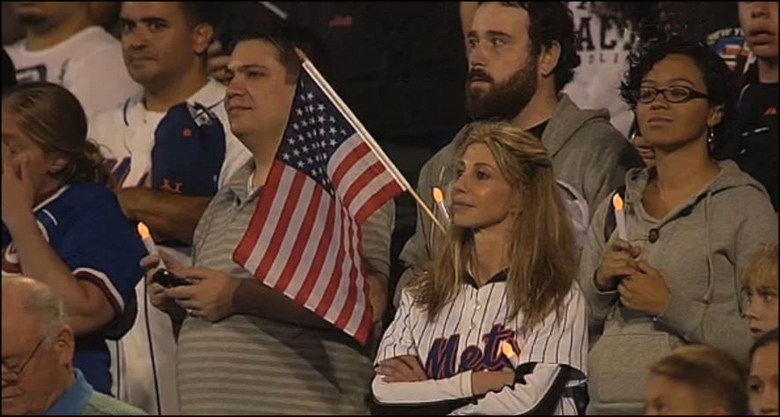 We have included several pictures from the Mets 911 ceremony, watch the full video below.